You are here:
Personal blog / websiteFacebookTwitterInstagram

Zagreb is OURS! (croatian abbreviation ZJN) is a green-left political platform formed in February 2017 by citizens from all walks of life (activists, cultural workers, trade unionists, social entrepreneurs etc., many of whom have been previously active for years in social movements in Zagreb), with the aim of “building a new politics based on the principles of wide participation, inclusiveness and openness”. Following the example of Barcelona en Comú, the Platform’s policy agenda includes promoting participatory democracy and returning decision-making powers to citizens, democratizing public institutions, safeguarding quality public services such as schools and kindergartens and stopping the privatisation of public utilities such as the waste management system. The Platform envisions the future development of Zagreb as a socially just, green and multicultural city and and embraces Zagreb’s less privileged and more vulnerable among us, including those impacted by discrimination based on class, age, health, ability, gender, sexual orientation, gender identity and expression, sex characteristics, nationality, language, religion, belief or lack of one, as well as other statuses and likely intersections.

Go to all EMN Actors 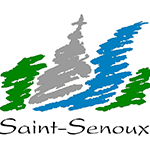 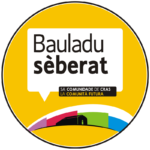