Municipalism is closely linked to housing, public heritage and space, often arising from struggles against housing speculation. Although not all of these experiences have been successful in recent years, they represent a significant body of knowledge to be shared and reflected upon. How could municipalist politics learn from past experiences and develop new strategies and practices? This is the subject of the contributions, reflections and experiences of David Gabriel Bodinier, Next Planning (Grenoble, France); Jovana Timotijevic, Ministry of Space collective (Belgrade, Serbia); Florian Schmidt, District Councillor for Urban Development in the Berlin district of Friedrichshain-Kreuzberg (Berlin, Germany); and Vanessa Valiño, Chief of Staff of the Housing Councillor, Municipality – Barcelona En Comú and Observatori DESC (Barcelona, Spain). 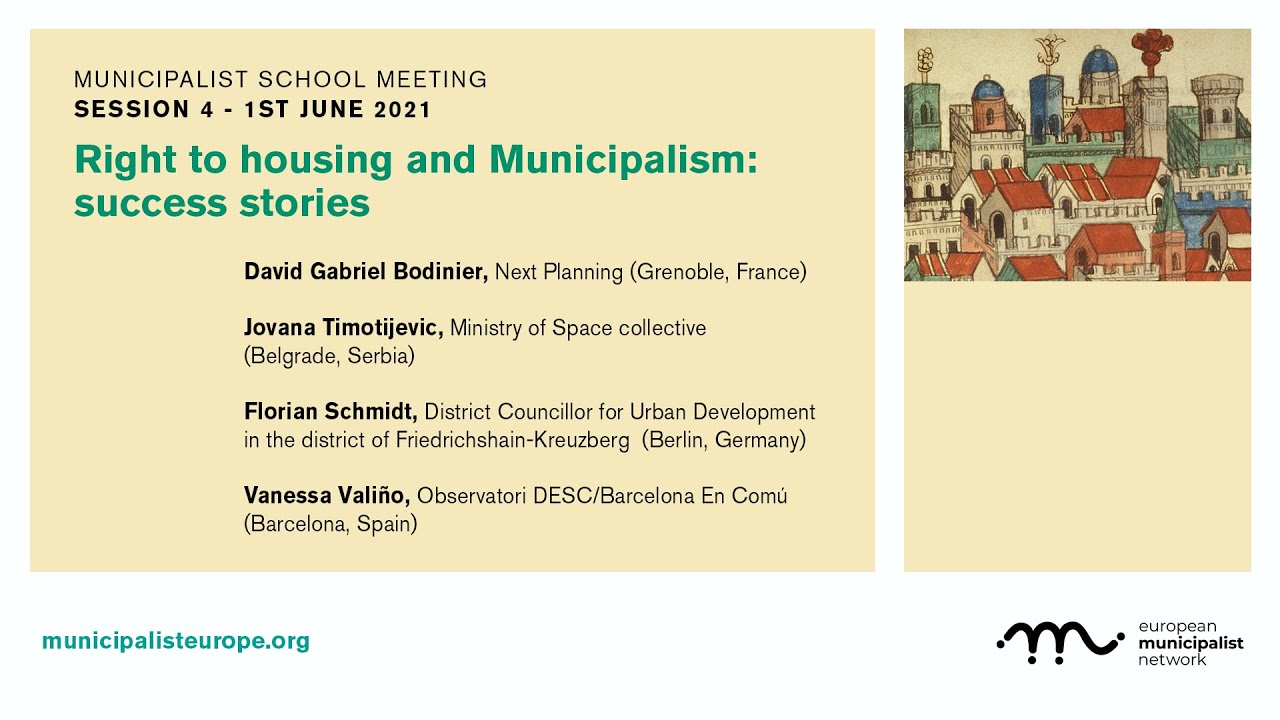 Right to housing and municipalism

The fourth meeting of the municipalist school took place on Tuesday 1st of June on the theme of housing. The aim of the meeting was to share experiences between the cities of Belgrade, Barcelona, Berlin, Grenoble and Naples in order to support the municipalist ecosystem and to strengthen the capacities of the participants.

The meeting was opened by David Gabriel of the Atelier Populaire d’Urbanisme (APU) de la Villeneuve de Grenoble. Housing has always been at the heart of municipalist strategy: since the first municipalist experiments more than a century ago, activists have sought to imagine solutions to housing problems at the local level by creating co-operatives or social housing. More recently, the question of housing has been at the heart of the struggles against financialisation and real estate speculation that affect the residents of various European cities.

Jovana Timotijevic from the Ministry of Space explained the housing situation in Belgrade. Historically, there was a lot of public housing in Serbia but it was privatised during the 1990s. Today, there is less than 1% of public housing left and housing is no longer a political issue. In 2014, a movement started to fight against an urban redevelopment project. Aimed at creating offices and housing, this was the first financialised redevelopment project in Belgrade. Through large demonstrations between 2014 and 2017, the movement showed that it was not only illegitimate but also illegal. Following this mobilisation, a municipalist movement was set up, which tried to present candidates in the last municipal elections in order to transform local institutions. The movement wants to re-politicise housing in Belgrade with three other collectives: Joint Action Roof, Who Builds the City and A11 – Initiative for Economic and Social Rights and Housing Centre. There will be municipal elections next year and they hope for a good result as was achieved recently in Croatia.

Florian Schmidt presented the situation in Berlin. In the last few years, a housing movement has emerged in the Kreuzberg district. This movement aims to confront rising rents and to fight against institutional investors and asset management companies like Blackstone and Heimstaden, who are buying up masses of affordable apartments in order to make huge profits by increasing rents. In the face of this financialisation process, a movement was launched to buy back the city. Today, there are several areas in Kreuzberg that are communalised. Public institutions have bought several buildings. The movement started about ten years ago, when activists started to think about how to get the city back. They started writing reports and organising public meetings. In 2014, they launched a referendum on housing policies in Berlin. There was a huge movement to collect signatures, followed by a negotiation with local institutions.

In 2016, a coalition of three left-wing parties won the local elections allowing for a new relationship between activists and institutions. This enabled them to use instruments of housing requisition and rent capping that had never been used in German cities. It was a small revolution. But, unfortunately, the federal government blocked the initiatives by claiming it was not the city’s responsibility to cap rents. Recently, there was a new referendum to expropriate multinationals that invest in housing. This movement is very similar to the PAH in Spain and activists are currently thinking about creating municipalist structures to transform institutions in the coming years.

Vanessa Valiño presented two experiences from the city of Barcelona. Firstly, the city of Barcelona has set up a tool to fight evictions, very much inspired by the practices of social movements. It is a mediation tool to accompany families who have difficulties paying rent in order to avoid judicial and legal procedures. It is about gaining a bit of time to avoid evictions thanks to mediation work carried out by about twenty women. Ideally, the goal would be to create a municipal law to prohibit evictions, but for the moment, the city does not have this jurisdiction. The second transformative practice is a new way of looking at the city by creating housing co-operatives. The city of Barcelona supports the establishment of alliances between neighbourhood associations, co-operatives and solidarity finance actors to create housing. These public-community alliances aim to facilitate technical support and work on legal changes, such as the obligation to build parking in each housing development.

After these three presentations, a discussion took place on municipal strategies in the field of housing. Riccardo presented the experiences of occupying vacant buildings in Naples, which allow them to be recognised as common goods. During its previous term, the municipality agreed to legalise a housing squat, but there is a lot of uncertainty over these arrangements before the next municipal elections in Naples.

The session concluded with several reflections: first of all, housing struggles are strategic for the municipalist movement because housing concerns all of the residents in a city. Housing rights movements build a strong base at the neighbourhood level and then take back power in local institutions. As the examples of Berlin, Barcelona and Grenoble have shown, cities have the capacity to construct social housing or co-operatives, to requisition or buy back buildings and fight against evictions. However, this is sometimes limited by national institutions that deny cities the right to cap rents or prohibit evictions.

We concluded that cities must reclaim the issue of rent by promoting public housing to protect residents, especially those most oppressed because of their gender, class or ethnicity. 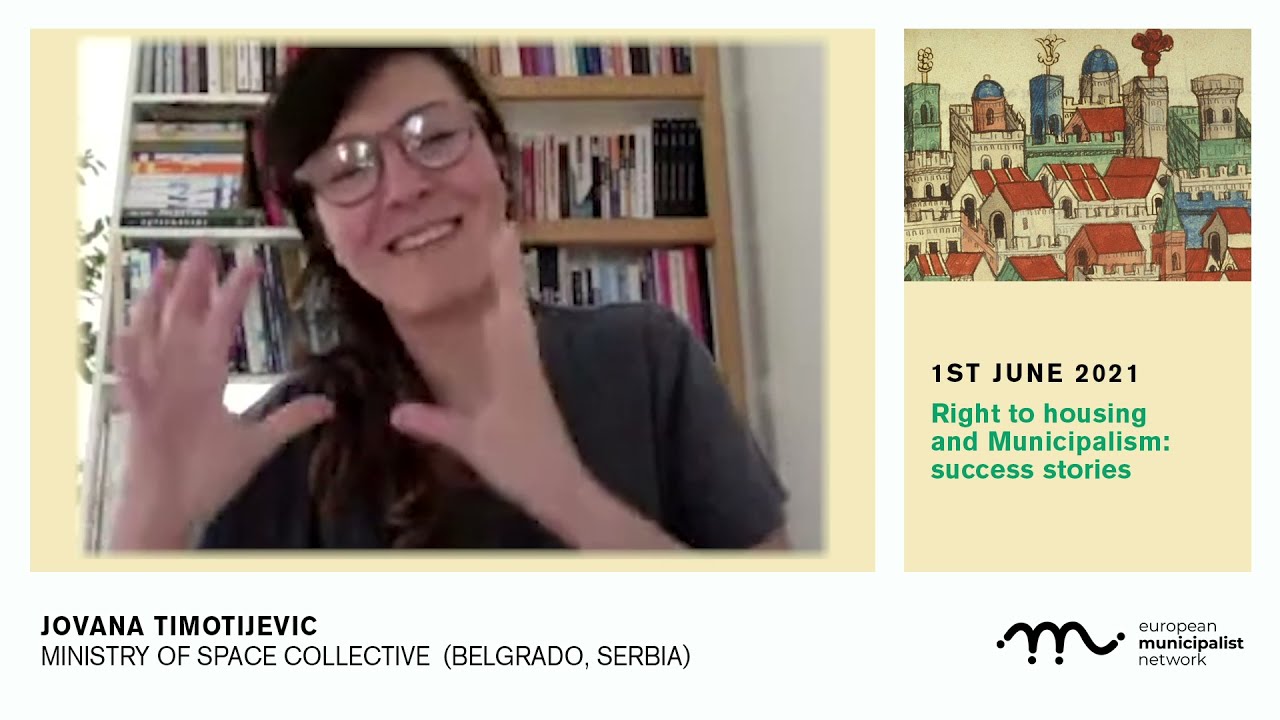 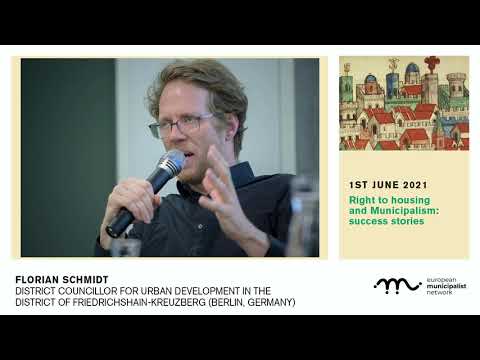 District Councillor for Urban Development in the Berlin district of Friedrichshain-Kreuzberg (Berlin, Germany) 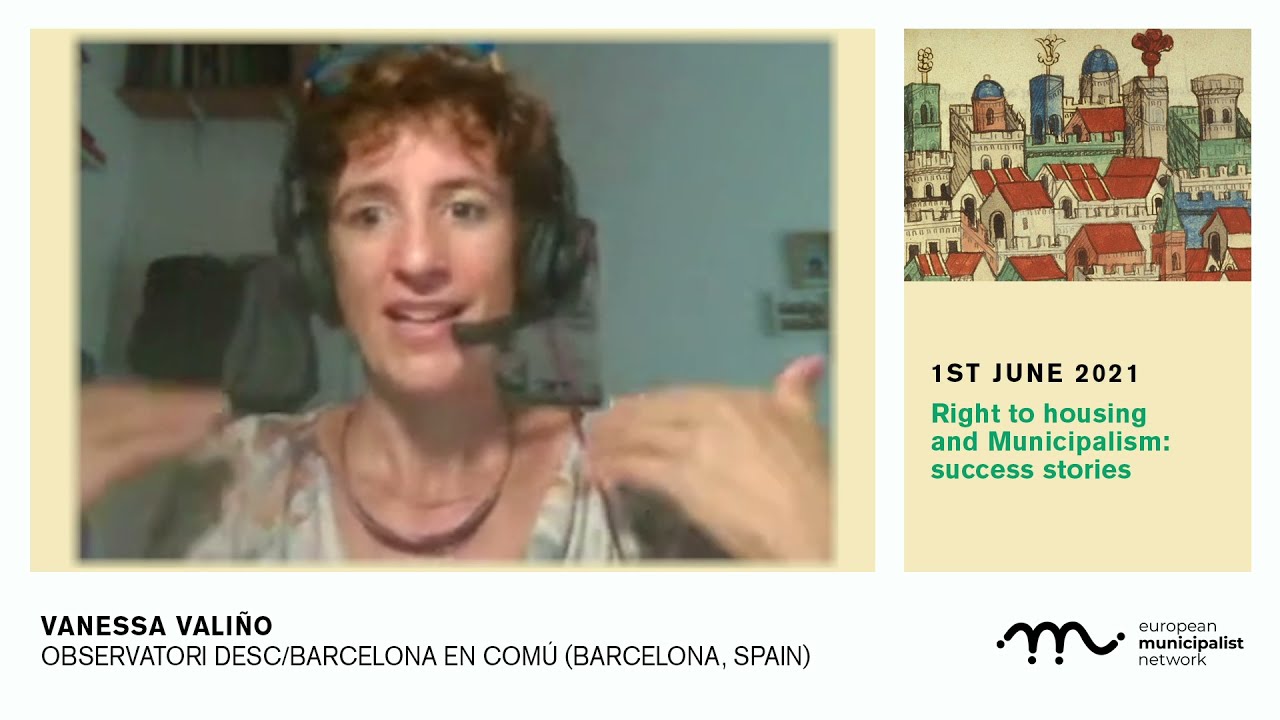 Do you want to translate the video subtitles to some other language?

Go to our DOWNLOADS SECTION to get the english subtitle, translate it and send back to us info@municipalisteurope.org