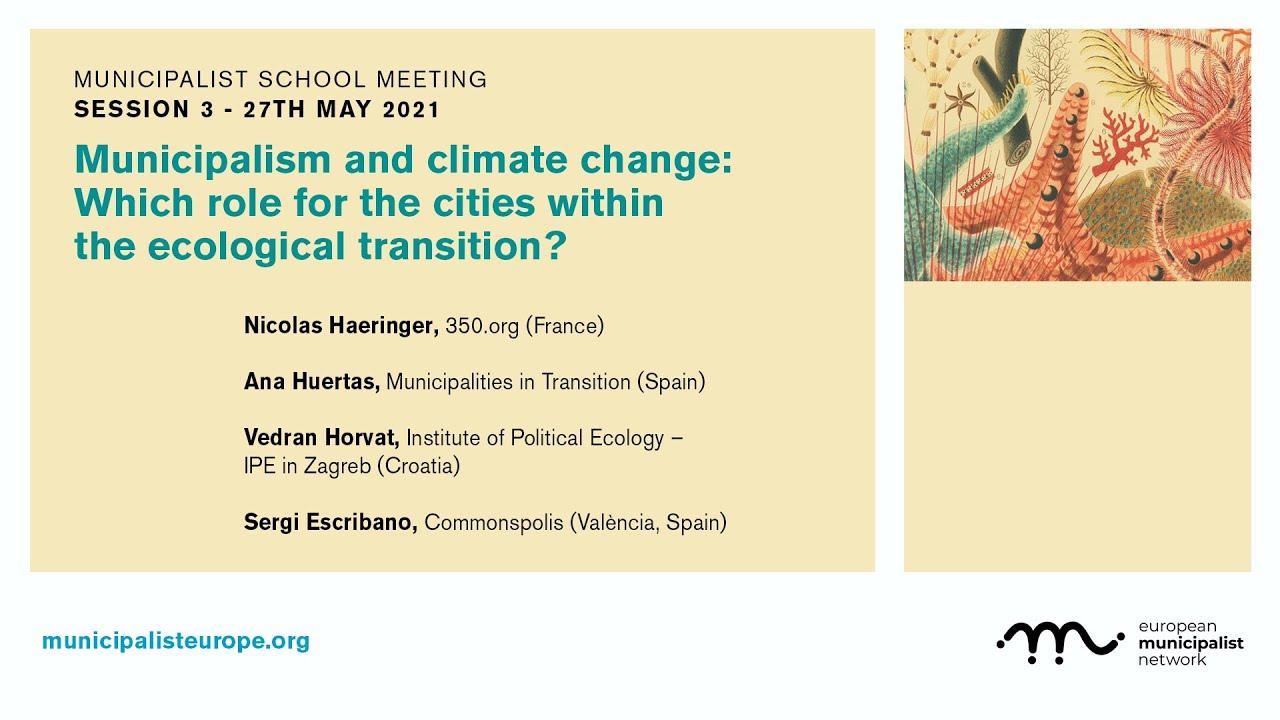 Municipalism and climate change: what role for cities within the ecological transition?

The third session of the school of the European Municipal Network took place on the 27th of May and focused on the subject “Municipalism and climate change: what role for cities within the ecological transition?”. The workshop explored municipalist experiences and suggested innovative approaches to public policy. The climate crisis has increasingly significant repercussions at the local level, in urban, peri-urban and rural areas. Air quality, water, energy, soil and food are becoming crucial public health issues. It is also essential to face this global crisis on the local level.

The first speaker, Ana Huertas, introduced the project “Municipalities in transition”. The aim of this international project, which has already been implemented in different countries, is to explore “how municipalities and citizens can work better together” with all their differences in values and methods. The project is creating a “sociocracy 3.0” system that uses a set of relevant tools in a specific context to answer an important question we are facing in France and Spain: how to work efficiently with the administration. “Municipalities in transition” uses a governance system based on “sociocracy 3.0” to tackle power imbalances between different actors (from civil society and administration).

Climate change is a global problem but has to be addressed on the local level. The international community has failed to approach it globally: in the last 30 years, CO² emissions exploded by more than 75 per cent. Thus, cities and municipalities can act on the problem by articulating two poles: resistance (blocking projects that are destroying ecosystems) and alternatives (divesting from fossil fuel industries). Local authorities can play a significant role in these two goals.

Municipalities and cities are key players in working towards a sustainable and low-carbon future. The local level is also the most relevant for innovation. One of the learnings of the Institute of Political Ecology (Zagreb) is that municipalities are interested in learning from each other and exchanging examples and good practices. The main issue is finding and securing spaces for transition, mainly as there is a lack of regulation, as well as national and international funding.

A key issue municipalities could tackle is food systems, and this is necessary for dealing with climate change. By 2050 over 60 per cent of the world population will live in cities, and we need to think about how this population will sustain itself. However, very few towns have experience in planning their food systems. Therefore, we need participatory processes where all stakeholders can rethink these and find a way to reallocate production and consumption. We also need to localise the productive spaces, link cities with their regional areas and improve distribution networks in cities.

In conclusion, the climate crisis has to be tackled from the local level. Concrete actions have to be taken by local authorities and residents regarding food systems, energy, urban planning, water and so on. Cities have a crucial role within the ecological transition and municipalism, with resident participation in processes of new public policies, is another way to build a sustainable and low-carbon society from the local level. 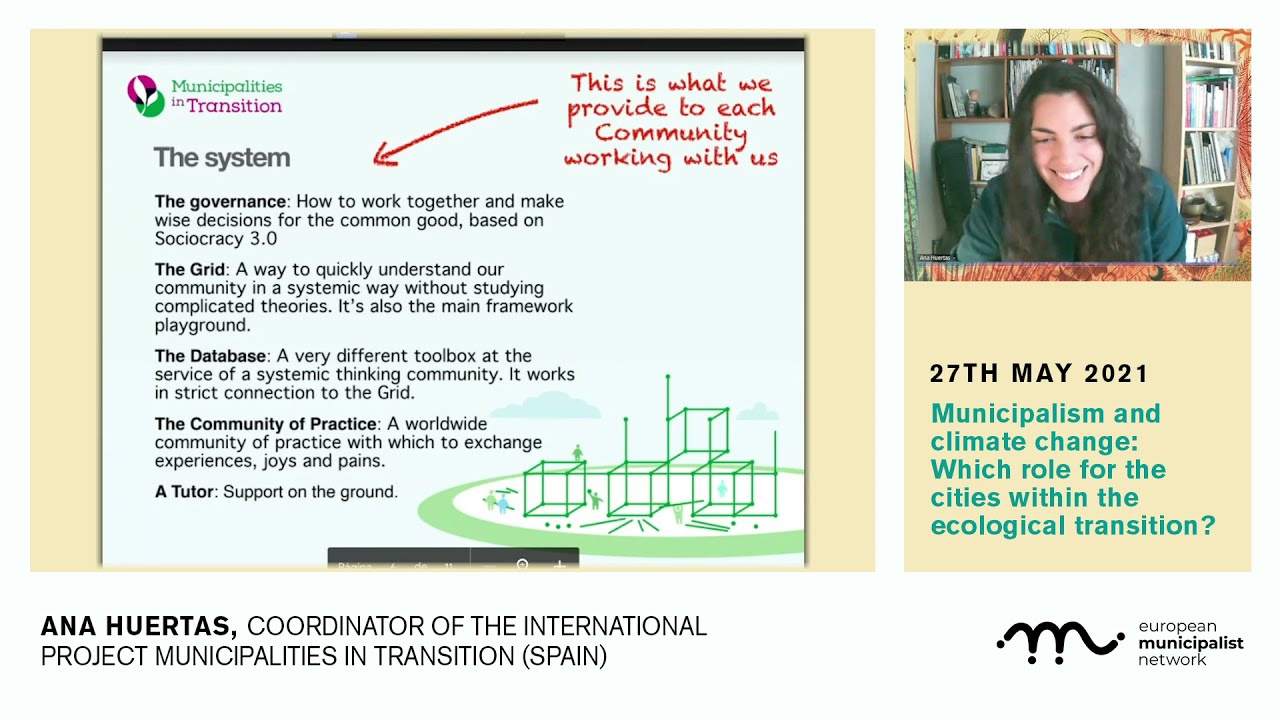 She’s a facilitator of eco-social transition processes and coordinator of the international project Municipalities in Transition. She is part of the coordinating team for the Spanish Transition Hub and promoter of the collective housing project La Fàbrica de la Transición (Spain). 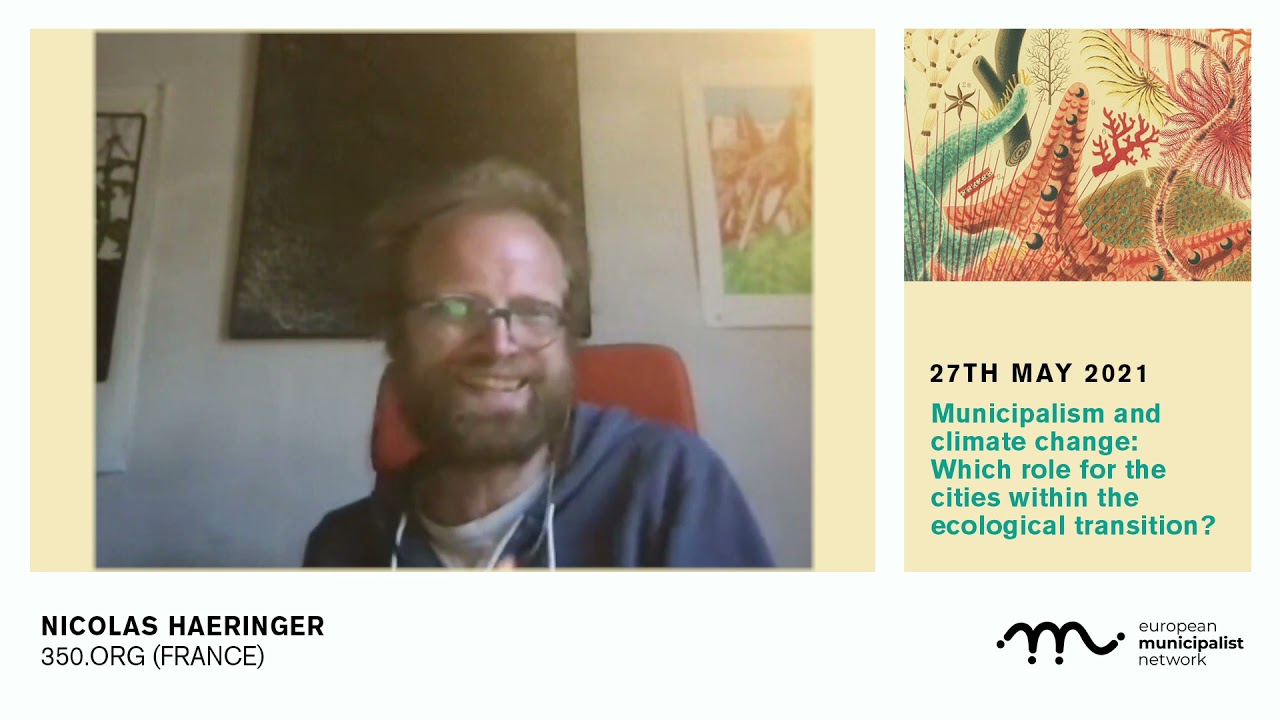 From 350.org (France) a non-governmental organisation founded in the United States and working for climate justice. It organises and campaigns for corporate and community divestment from fossil fuels, which are responsible for the increase of CO2 in the atmosphere and global warming. 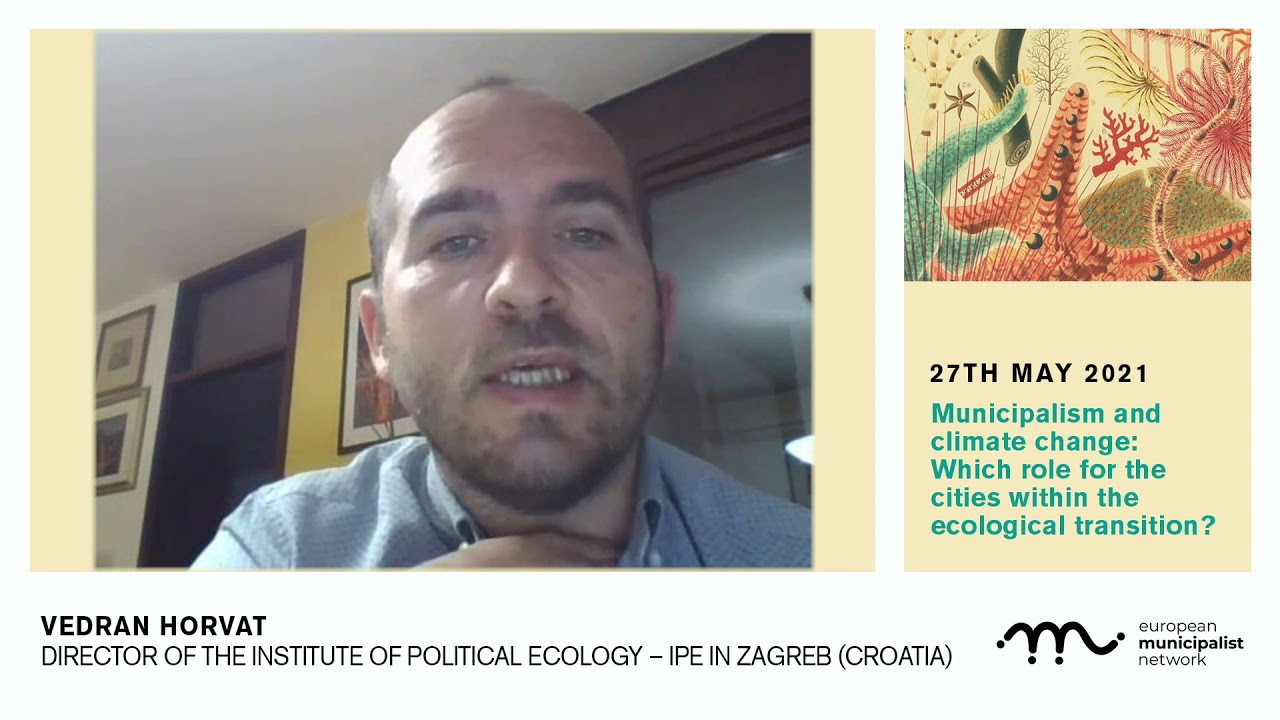 Director of the Institute of Political Ecology – IPE in Zagreb (Croatia), sociologist, journalist, author and activist. 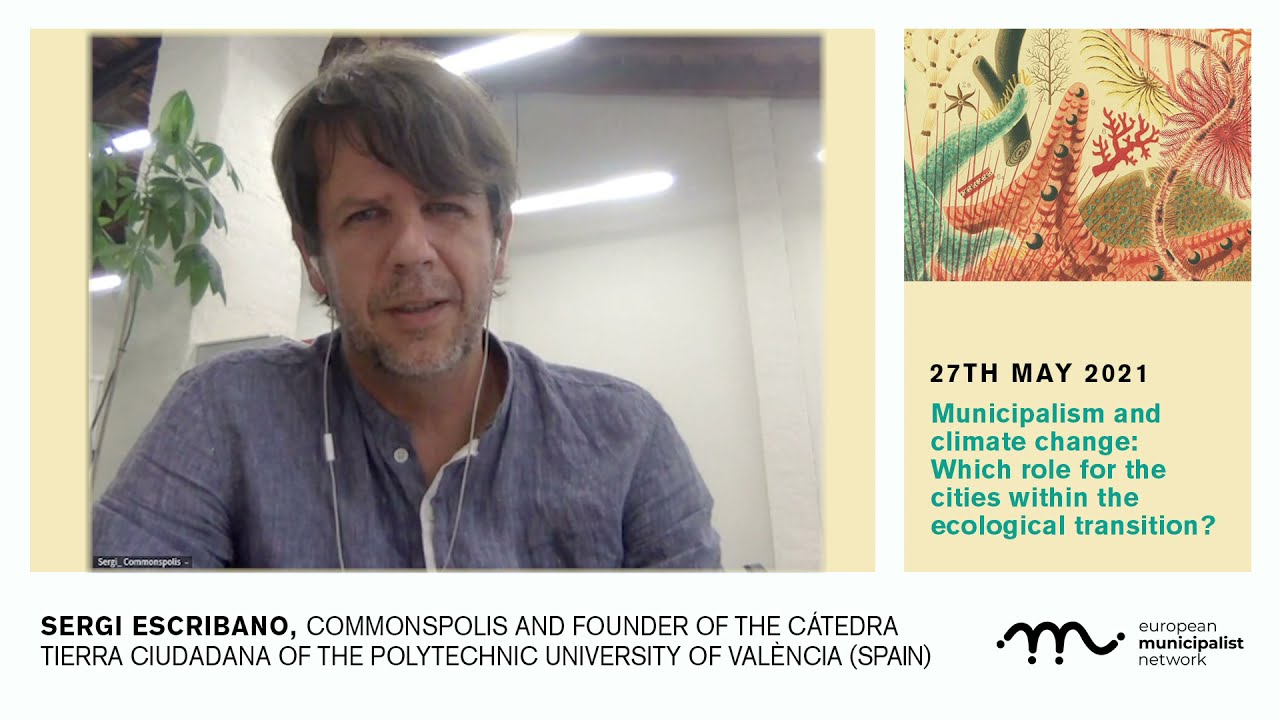 From Commonspolis (Valencia, Spain), a think-do-tank whose mission is to strengthen citizen initiatives that build local alternatives to the systemic crisis. Agricultural engineer, founder of the Cátedra Tierra Ciudadana of the Polytechnic University of Valencia where he leads several projects related to the development of sustainable food systems.