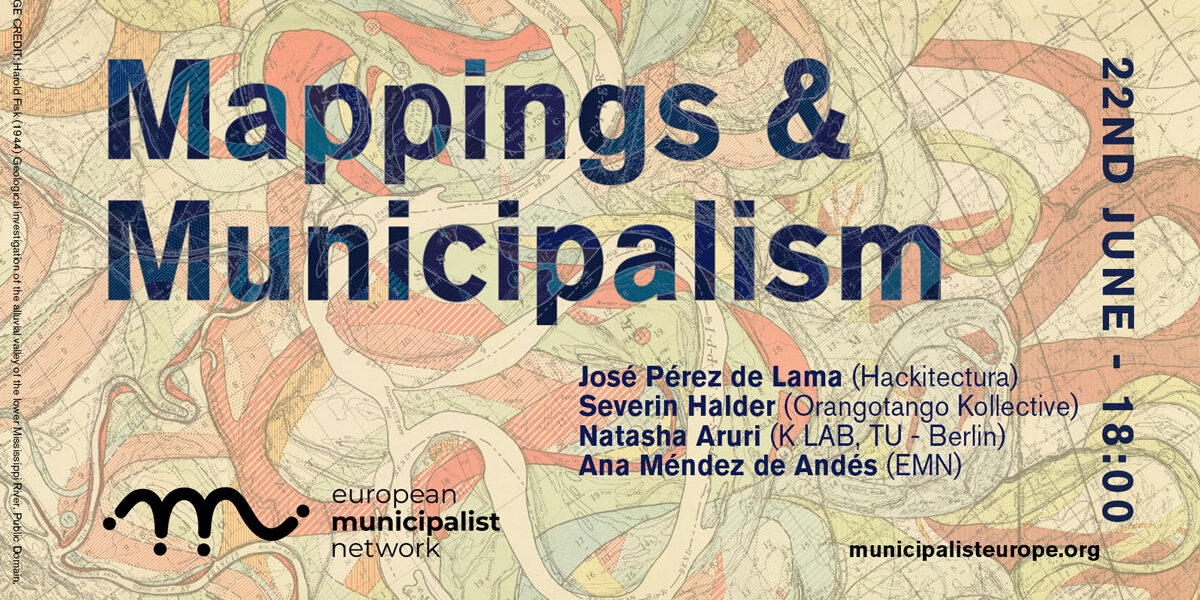 Social movements use mapping and cartographic projects as a way to both re-present and re-create the territories they inhabit and seek to transform.

Projects like the first critical cartography of the networks crossing the Gibraltar Strait – created in 2004 by Hackitectura with the Indymedia Estrecho node – or the counter-cartographies presented in This is not an Atlas – edited by Orangotango – show the potential of maps as collaborative processes to explore the configuration of conflicts and struggles, strengths and potentials.

In the context of the municipalism, Labor-k has proposed a reflection on the role of ‘Critical Cartographies in Municipalist Movements’ – CMMM that resonates with the mapping of the municipalist ecosystem carried out by the European Municipalist Network. In this session, we will learn from these experiences and present the online version of the EMN mapping process.

[write to us at mapping@municipalisteurope.org and we will send you the link]